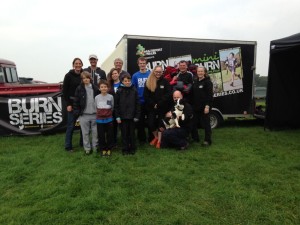 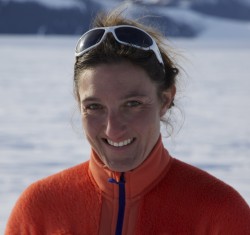 After running the Marathon des Sables in 2007 I became hooked on anything endurance related and began Adventure Racing. Since then I’ve competed in numerous World Series expedition adventure races that have involved racing non-stop for up to 120hrs by foot, bike & kayak all over the world. In 2009 I was selected to represent Great Britain in the LandRover G4 Challenge and then in 2012 became the first woman to complete the Siberian Black Ice Race across Lake Baikal by bike. In 2013 I became the first person in the World to cycle to the South Pole. Visit my personal website here.

Every day is different and challenging and I just can’t wait to get out of bed in the morning to start work! I established the Burn Series in early 2010 as a way of allowing others to experience some of the great wonders of the multisport world, right on their doorstep. (Photo: Maria in Antarctica, 2013) 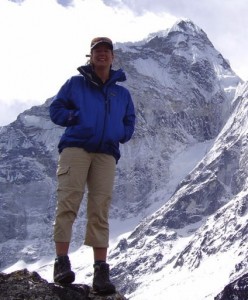 I have been an outdoor instructor for the past 20 years, starting off in sail training (qualified as a commercial skipper), then working for social services (specialising in providing activities for people with disabilities) before establishing my own residential activity business in 2000.  I am a qualified and experienced instructor of rock climbing and abseiling, caving, gorge walking, canoeing, hill walking and navigation, archery, mountain biking and team building tasks.  I have led expeditions to the French Alps, the Picos de Europa in N. Spain and to the Himalayas – later this year I am taking a group to Borneo.  I am an active member of South and Mid Wales Cave Rescue Team.  Last year I completed several endurance events both walking (100 mile traverse of the Brecon Beacons in 5 days, self-supported), running (London Marathon, plus multiple ½ marathon events) and biking (Brecon Beast 107k/2,000m ascent, 8th female finisher). (Photo: Anna in Nepal 2006) 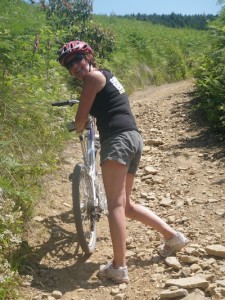 Where would we be without our mummy? Luckily for me, mine is a Journalist & PR consultant so when she’s not on ski holidays in the Alps or sailing in the Med, I take every opportunity to use her expertise. Adrianne loves riding horses and being out in the fresh air.  She regularly joins me in a CrossFit workout or out on a bike ride. (Photo: Adrianne out mountain biking in the hills) 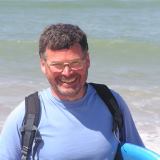 Former Cardiff Canoe Club Chairman, Neal, his son, Joe and daughter Kathy are the stars who make the kayaking in the Burn Series possible. Neal works at a Consulting Engineers in Pentwyn and when he’s not at work he helps out at Joe’s Scout Group.

Tori loves the outdoors and lives for adventure. Whatever the weather, Tori will find an opportunity to venture outside. In 2007, Tori became the first Welsh Woman to climb to the summit of Mount Everest. She was also part of the first all-female team to complete the Polar Challenge, a 360 mile race on skis to the Magnetic North pole. In 2010 she cycled 2400km covering the entire length of New Zealand. Tori is an ambassador for the Duke of Edinburgh’s Award in Wales, Honorary Patron for the Search & Rescue Dog Association and Honorary President for Girlguiding in Pembrokeshire. She’s keen to inspire others to challenge themselves through multi-sport and taking part in a Burn Series event is the perfect place to start. Tori is no stranger to supporting major sporting events as she was a Gamesmaker for the London 2012 Olympics. Tori has written a book about her Everest expedition called Peak Performance and this will certainly show you how it’s possible to achieve things against the odds. More info at www.torijames.com 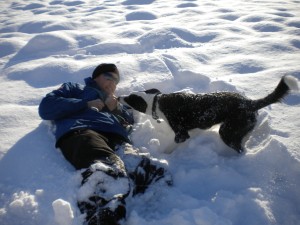 Chris & Murphy are the smiling faces that competitors get to see out on the running and bike courses, often near the top of the tough climbs and the bottom of the fast descents. Everybody needs a break from days in the office, so this pair love to come out and provide the marshalling support for Burn Series events.

This team like to play to their strengths, so you’ll often find Chris with a toolkit helping with a rapid puncture repair, and Murphy ready to help give a little tow on the end of his lead up the hills to some first time competitors. They also keep promising (one day) to compete in a Burn, so other volunteer marshals are always welcome to help out to cover this job! 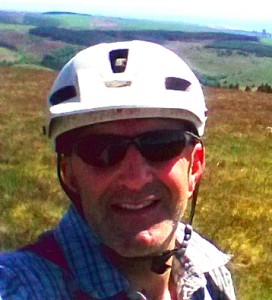 I will be out on the Burn course if you need assistance or if you get lost! Just ask for directions, if you don’t ask I will assume you know where you are going! I have been riding and working on my mountain bike since they were invented! Any problems during the event give me a ring.